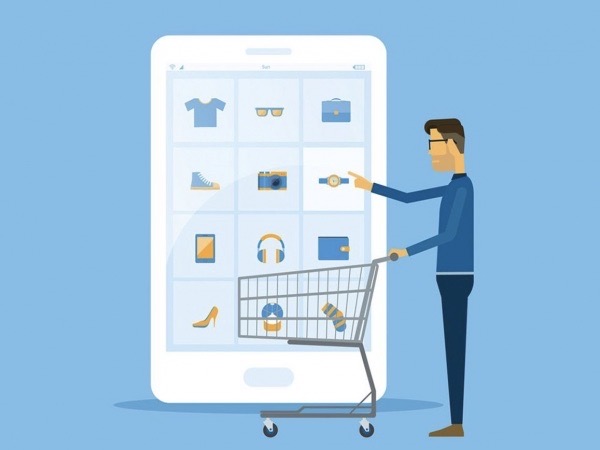 During the 1980s in the United States, towns reaching populations of around 5,000 or more, would find themselves on Walmart’s radar, spelling trouble for independent retailers everywhere.

So, when you have a place with a population of 2.6 billion in one place, it’s inevitable that a store would open there. And it did, last month, when Facebook Shops launched. But the way it worked couldn’t be more different from the Walmart model.

Instead of killing small retailers however, this was built for them. It offers shops of any size, selling almost anything, an e-commerce presence they can set up in minutes, and access to an audience size, the likes of which wouldn’t exist even in their wildest dreams.

Facebook Shops means that anyone with a physical shop or even just a home business can get into e-commerce, and here’s the kicker, they don’t have to part with a single penny as commission. Facebook has managed to make Amazon look like a bad deal for a small business looking to go online. And that’s no small matter, about half the items sold on Amazon are from small and medium businesses, it’s an even bigger proportion for platforms like Lazada and Shopee in Asia.

The impact of a marketplace where you don’t have to pay commission is an incredibly compelling proposition, with tremendous potential. And this marketplace has required minimal effort for acquisition, with around a third of the world’s population already active on the platform.

But we still say ‘potential’ because having a consumer facing e-commerce platform is only one part of the equation when it comes to selling goods. The rest boils down to logistics and supply chain. The warehousing, inventory management and delivery, are the reasons why, even during the COVID-19 peak for eCommerce platforms, consumers struggled to find delivery slots and a wide range of products seemed to always be unavailable. The logistics infrastructure is still struggling to keep up with demand from these platforms, so a small shop still needs to figure out how to provide the goods to the consumer at a reasonable price without the ability to have the economies of scale for a last mile logistics deal. This is where Amazon wins. Signing up for the ‘Fulfilled by Amazon’ program might make less money for the seller, but it certainly takes all these problems away.

There are many implications for shops, commerce platforms and brands which will be revealed as the platform rolls out in different countries and we see how it works, but I see a number of immediate implications for small business, brands and marketplaces.

Firstly, ‘discoverability’ is a key component. The marketplace drives traffic to its site, after which it’s a dogfight to get visibility, especially in the extremely limited real estate of mobile. So, most small businesses end up having to spend a lot of money to get discovered on the platform with more or less the same or similar products and it usually comes down to a price war.

With Facebook Shops, vendors are able to invest their money in discovery in the right context by developing compelling content that is feature-based rather than simply price led. This could lead to improved customer loyalty and being discovered in the right environment.

In marketing, we often talk about the ‘marketing funnel’ or route to sale. Until now, brands may have been successful in generating interest for their products and services via Facebook, however the sale has always needed to happen via an external e-commerce platform or via offline retail.

With Facebook Shops, the entire funnel can be captured and executed within the Facebook ecosystem with 100% attribution accuracy to transaction. Most importantly, it doesn’t end there, with the integration of Facebook’s chat tools, they can include post purchase experience and customer service, creating a complete self-sustaining platform. This is likely to put a lot of pressure on Google and its positioning as a medium rather than a destination.

It goes without saying that the completion of the marketing funnel on Facebook is great news for brand agencies, as the emphasis will turn to the quality of content as a quantifiable key to driving sales,

Much like Walmart, the Amazons of the world will be impacted, but will still exist, as the base for people who want to look for the cheapest vendor for a specific object. But it’s likely that platforms like Esty will be the hardest hit, as small ‘maker’ communities are offered similar e-commerce capabilities on a platform where interest grouping and traffic is enormous.

If the Lazadas and Shopees of the world really want to counter this, it might require a move away from their current model of working like the digital version of a big box retailer, with endless aisles crowded with similar items, with prominence that can be bought. If they don’t they will likely lose their higher-end audiences, due to their lack of class and context, especially if Facebook Shops is able to attract the right kind of brands.

But more than how marketplaces might lose, Facebook’s biggest threat is the threat it poses to itself. There needs to be a lot of focus on what its endgame is. If this it’s about adding a commerce element to interest-based communities, it has the chance of being a game-changing experience. However, if its focus is on attracting bargain hunters from Lazada, they might end up muddying the waters.

So, the question on everyone’s lips is, ‘is the end for eCommerce as we know it?’ From the looks of it, my answer would have to be a resounding yes. The impact of having a social network, with messaging and commerce on the same platform will likely cause serious and far reaching ripples across the industry pond. It will all boil down to the execution, and I’m very much looking forward to seeing how it pans out, popcorn in hand.